Sihyun Ham received her B.S. degree in Chemistry summa cum laude from Sookmyung Women's University (1991) and her Ph.D. in Chemistry from Texas Tech University (1998). After postdoctoral fellow at the University of Washington, Seattle, she joined the faculty at the Sookmyung Women's University in the Department of Chemistry. She serves as the Director of the Research Institute of National Science and the Director of the NanoBio Molecular Network Research Center at the University. She is also leading the BK21+ Chemistry team at the University. Her research aim is to understand why and how a normal cell becomes a disease cell at a molecular-level by using theoretical and computational methods. The main research effort of her laboratory is to develop and apply innovative computational methods for elucidating the mechanisms and driving factors of biomolecular interactions related to human diseases and cellular functions.

Carmay Lim obtained her Ph.D. degree in Chemical Physics from the University of Minnesota, Minneapolis in 1984. After carrying out postdoctoral research at AT&T Bell Laboratories, Murray Hill and at Harvard University, she joined the faculties of the Departments of Medical Genetics, Biochemistry, and Chemistry at the University of Toronto. In 1995, she moved to the Institute of Biomedical Sciences, Academia Sinica in Taiwan where she is currently Distinguished Research Fellow and Adjunct Professor at the chemistry department in National Tsing Hua University. Her research interests include (1) unraveling the principles governing biological processes and applying them to guide drug design and identify new drug targets, and (2) developing new computational techniques/algorithms for studying macromolecular interactions. She has served on the Editorial Advisory Board of the Journal of American Chemical Society and is currently on the Editorial Advisory Board of several journals including the Journal of Physical Chemistry and Journal of Chemical Information and Modeling.

University since 2004. With a PhD in Quantum Chemistry from the Indian Institute of Technology Delhi, India. She commenced bioinformatics research in 1983, at the Institut de Biologie Physico-Chimique, Paris, France, when the field was known as theoretical biochemistry and subsequently as biocomputing. She hosted the Macquarie Node of the ARC Centre of Excellence in Bioinformatics. Her research interests include genome annotation, transcriptome analysis, structural bioinformatics, immunoinformatics, genome-phenome analysis, biological networks, biodiversity informatics and cheminformatics. Shoba served as the first Australian Director of the International Society for Computational Biology (2003-5). She is a Director of Asia-Pacific Bioinformatics Network, following election as President (2005-2016). She was a steering committee member of the International Immunomics Society and of Bioinformatics Australia. She is also a Bioinformatics and Biostatistics expert advisory panel member to the National Health & Medical Research Council, Australia since 2012.

David Poger, School of Chemistry & Molecular Biosciences, The University of Queensland, Brisbane. Tackling lipid diversity in membranes: the effect on membrane and prot 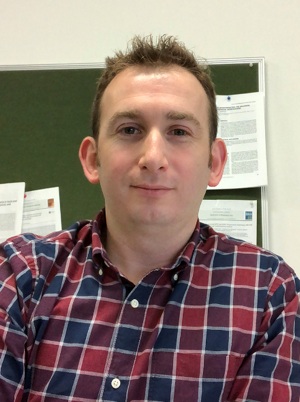 Dr David Poger is a Senior Research Fellow at the School of Chemistry & Molecular Biosciences at The University of Queensland. He received his PhD from Joseph Fourier University in Grenoble (France) in 2005 before moving to Australia. His research interest lies in membrane biophysics focusing on understanding the properties, structure and function of lipids and biological membranes at the level of individual molecules and in larger assemblies to address biological questions such as bacterial resilience, antimicrobial resistance and receptor activation in the promotion of cancer. His work uses computational methods primarily, in combination with neutron and X-ray diffraction techniques.